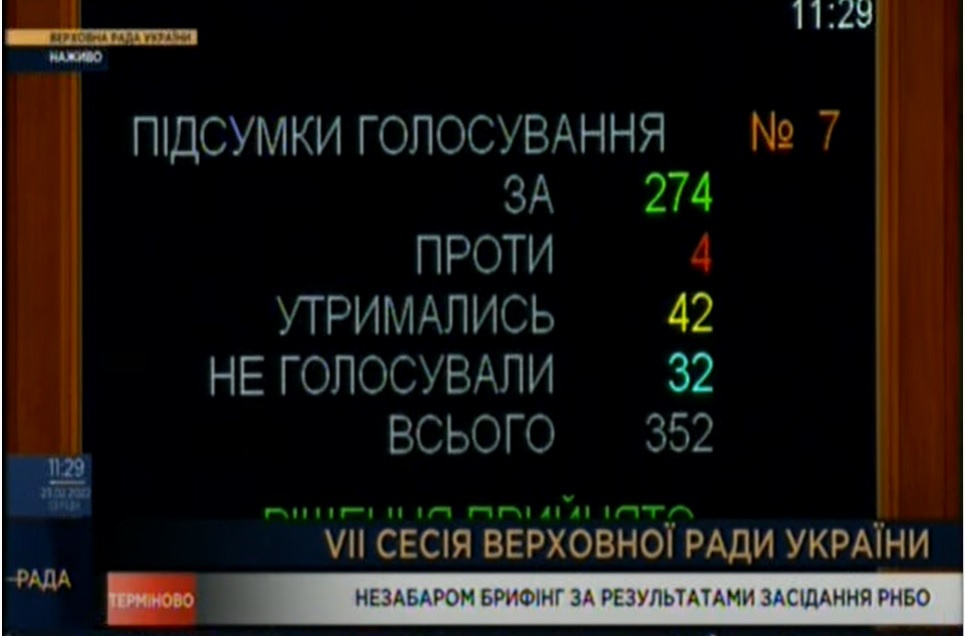 Today, MPs had the opportunity to vote for one of the two draft laws on weapons.

An alternative draft law “On the right to self-defense and possession of civilian firearms” 5708-1, which was the result of many years of joint development by the gun community, industry experts and market participants, and allowed the possession of self-defense weapons, which was not allowed by the Ministry of Internal Affairs Instruction 622, was ignored by them.

Due to the horror story launched in the session hall by the Servants of the People that if the “main” bill does not pass, then none of the bills will pass, the main bill prohibiting self-defense weapons was adopted in the first reading.

We believe that in the conditions when the Kremlin recognized the so-called “DPR” and “LPR” within the borders of Donetsk and Luhansk regions, allowed the use of the Russian army abroad and brought troops into the territory of Ukraine, depriving citizens of the right to own self-defense weapons is an absolutely irresponsible act.

Yes, self-defense weapons are not to increase the country’s defense capability and fight the enemy – they are to protect citizens.

People should be able to resist criminals, who are predicted to become many times more, and looters, who will certainly appear in case of mass evacuation of citizens.

Today’s decision of the MPs will push citizens to buy weapons on the black market in order to protect themselves and their families.

This is not because citizens are not law-abiding, but because parliamentarians have deprived them of a legal way to take care of their own safety and the safety of their loved ones.

We hope that the deputies will adhere to the agreements reached and adopt appropriate amendments to the draft law by the second reading, which will give citizens the right to own and use short-barreled rifled firearms to create legal opportunities to protect themselves and their families.

The relevant amendments will be prepared as soon as possible and submitted to the MPs.

Together we will win!