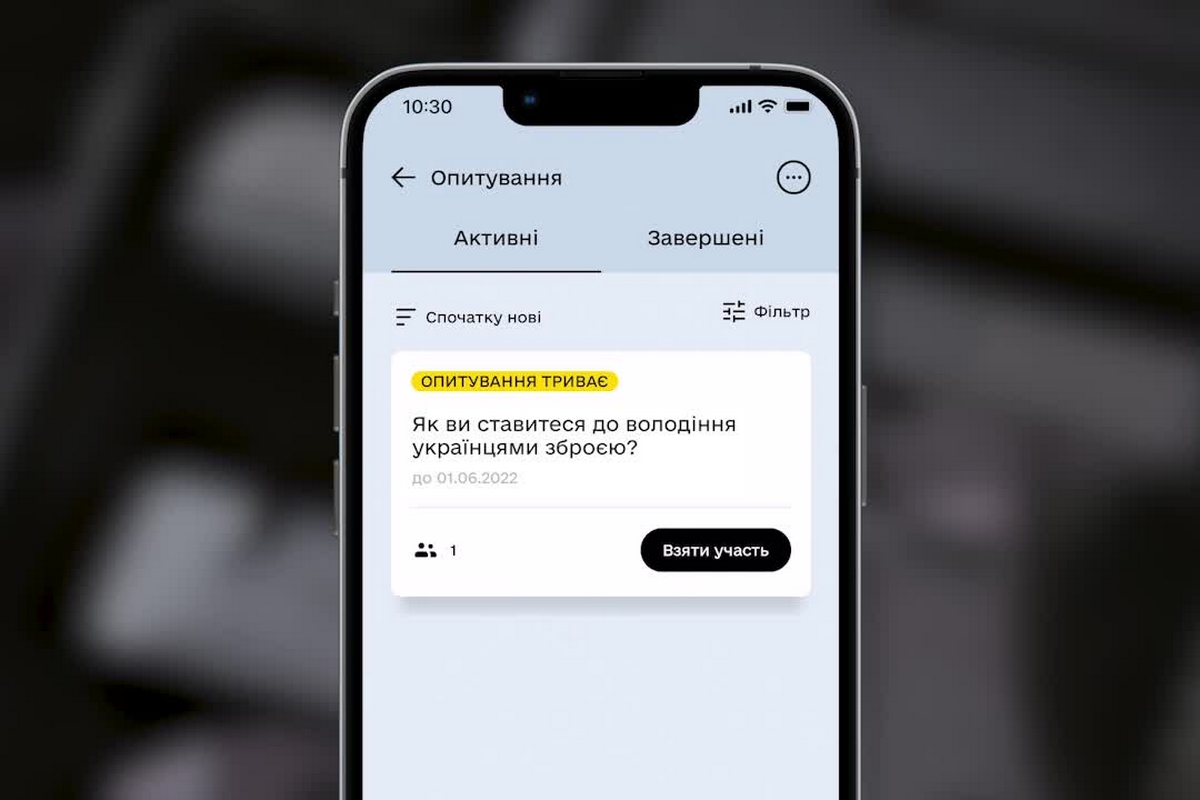 The Ministry of Internal Affairs has launched an online survey “On the circulation of firearms among the civilian population” in the application of public services “Diia”.

Shortly before the Russian invasion of Ukraine, namely on February 23, 2022, the parliament made a big mistake by voting in the first reading for the draft law No. 5708, which prohibits self-defense weapons.

But on February 24, the deputies realized the mistake and promised to adopt the law with amendments from the Association’s experts as soon as possible.

But suddenly the Minister of Internal Affairs of Ukraine Denys Monastyrsky decided to ask the opinion of Ukrainians on this issue.

Comment of the Head of the UIAA Georgii Uchaykin:

The dam broke, or about the survey from Diya.

I will try to explain the real situation as politely as possible.

When for 30 years in a row experts warned that the water was accumulating dangerously and it was time to open the floodgates a little bit so as not to overload the structure, we were told “Not the time”.

As objections, they cited some arguments from architects and builders of the dam, as well as “research” from sociologists who were not even able to properly formulate the question.

Well, okay, we have already passed that, but since February 24, we have been living in new realities and we must courageously admit – the dam has burst.

Of course, you can try to “talk to the public” again, but it will not change the situation – the water will not come back, and the dam will not be restored in the coming decades.

In my opinion, it is expedient not to resist the elements, but to build a hydroelectric power plant below the breakthrough, so that the water that will arrive will do useful work.

And do not forget that the water will be coming more and more actively every day.

P.S. I have no Action and I will not install it for the sake of this idea, because I still understand the inevitability of the final result. I warned you that Schmeisser machine guns would be distributed from trucks, didn’t I?

But if someone wants to click on something there, press “2”.

You can vote for several – in the “Services” section you need to go to the “Poll” and choose 1 of the 3 proposed options, which option of gun ownership do you consider appropriate?

The survey will last 7 days. Only adult users of the mobile application “Diia” can participate.