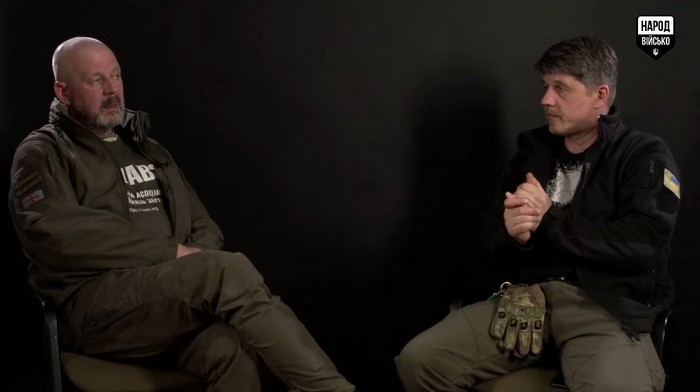 The issue of possession and storage of weapons is now one of the most pressing in the current realities of our country. In peacetime, a large number of weapons in the hands of the population was considered dangerous, but now, in wartime, it is a means to defend themselves, their families and the country.

People now take the most important thing – responsibility for deterring aggression, repelling the enemy. They take responsibility for the whole country.
The owners of the weapons took their weapons and, without waiting for any commands, went to where they were and began to monitor the peace and order. They formed a living organism that practically provides itself and controls everything as a certain non-governmental organization of free and conscious citizens.

As of today, it is important to consolidate:

What will we do with the automatic weapons that the population has?

To settle the issue of further functioning of all DFTGs, TROs, to unite them into a single scheme.

We know that it is a crime to disarm Ukrainians who managed to build a powerful system on their own. Now there is no legal regime of civil time, so all the instructions, laws that were in force in peacetime do not work.

Article 111-1 was introduced to the Criminal Code, which defines criminal punishment for collaborators’ encroachment on national security, in particular, in the form of assisting the aggressor in conducting hostilities against volunteer formations that self-organized to protect the independence, sovereignty and territorial integrity of Ukraine.
That is, the actions of law enforcement agencies aimed at seizing legally obtained weapons, in particular from volunteer groups, can be interpreted as actions aimed at reducing defense capabilities, against national security.

To perform the functions specified by the commander

To improve, to prepare for difficult times and for a long struggle.

Andriy Sharaskin (People’s Deputy of Ukraine of the IX convocation, commander of the cyborg company, director) and Georgy Uchaykin (Chairman of the Supervisory Board of the Ukrainian Association of Weapon Owners) talk about the topic that concerns everyone.

The conversation took place on March 30.